Stop Asking, Who Knows Where the Time Goes? An Entrepreneur’s Guide to Focus. 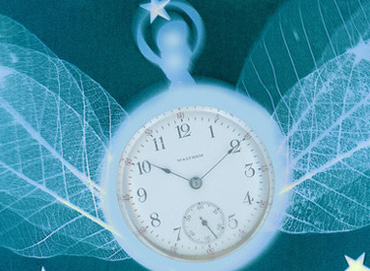 The following is a reprint of the original article which appeared in Entrepreneur Magazine on July 22, 2014

Singer and songwriter Judy Collins asked the question rhetorically: Who knows where the time goes? But the issue raised by the refrain hits close to home for today’s entrepreneurs.

Someone running his or her own business could be seen a manifestation of knowing exactly what he or she wants to achieve. So it’s remarkable how many entrepreneurs voice the same complaint and frustration: “There goes another day when I didn’t get to the big stuff. I had a plan and by mid-morning I was off track and never got back on.”

But the problem arises not because these leaders are bad planners. It’s because they are great entrepreneurs. People who are talented at juggling lots of ideas and problems tend to see interruptions as just another thing to juggle.

Those entrepreneurs who are essential to the smooth workings of a business often believe that work would grind to a halt if they didn’t make themselves available for interruptions. As a result they tend to see interruptions as something that they should accommodate, no matter when and where. They think, It will just take a minute, then I’ll get back to my own priorities.

But interruptions are not benign and don’t just take a minute. If entrepreneurs don’t guard against them, interruptions can wipe out three to five hours of a workday, every day.

Consider one of the most common interruptions that entrepreneurs deal with on a daily basis: unplanned questions from key employees.

Imagine an entrepreneur immersed in deep concentration on a priority, say, fine-tuning a big proposal due that very day whose acceptance could be pivotal for the company’s third and fourth quarters. An interruption pops up, just a quick one: The head of marketing wants to share some prime results from the last campaign. And why not? She deserves the recognition.

So the entrepreneur does a quick review of the numbers, dispenses compliments and makes a note to follow up with congratulations to the team the next day and investigate further exactly what worked.

Now he can go back to his proposal. That only took five minutes. It’s no problem, right? Wrong. Just as the marketing chief had walked in, the entrepreneur had just concluded that his proposal provided several different descriptions of the solution, and he wanted to highlight the best one and ask for the others to conform. Now he must go back and reread those sections and decide which one was the keeper.

He isn’t irritated with the marketing chief but finds himself irritated with the situation. He doesn’t like doing the same thing twice and his opinion about the keeper had been fresher and better before. Now he has lost the context so he is not sure. But this proposal is too important to guess about, so he restarts reviewing the proposal from the beginning, but with less energy and enjoyment than he brought to the task the first time.

A glance at the clock confirms that all this rereading has used up the time he wanted to spend on the all-important pricing section to reconfirm some of the underlying assumptions. He runs a couple of calculations. In the end he realizes that he has to trust his sales manager’s numbers, so he hands it off for finalizing just in time to meet the deadline.

On the way home, he figures out that the proposal’s pricing was wrong. He calls his sales manager, asks him to call the prospect and rescind the proposal. He and the sales manager spend a couple of hours reworking the numbers.

He’s late to dinner, the kids are in bed, the sales manager is embarrassed and the prospect is unimpressed.

So tolerating interruptions is not necessarily the hallmark of a successful entrepreneur. Simultaneously handling multiple demands is not good for the health of the company — only for its demise. To be successful entrepreneurs must learn how to handle those who would interrupt them and not allow their time to be stolen. This should tackled not by discourteously dismissing an interrupter but by learning how to make it in that employee’s interest to let the entrepreneur work uninterrupted when necessary.

Recover stolen time lost to interruptions with articles and exercises from The Time Bandit Solution book.  Available at Amazon.com.  Order your copy today.